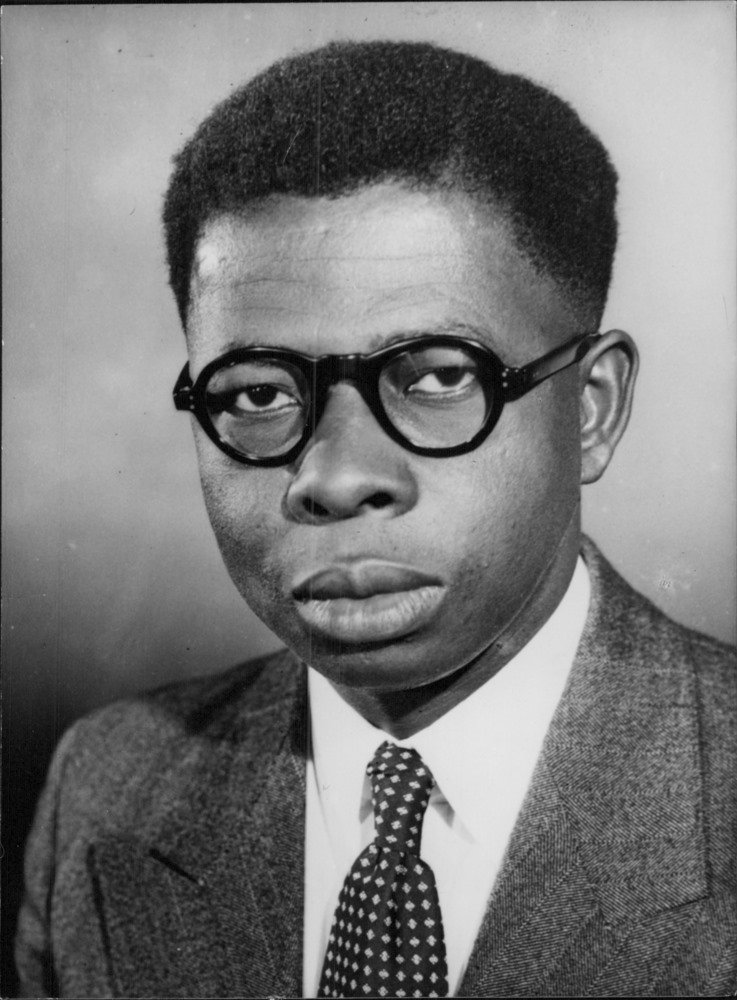 Dr. Ebenezer Ako-Adjei was a nationalist politician from Ghana. Ako-Adjei is considered to be one of the “Big Six”, who were arguably some of the most famous people in Ghana’s fight for independence from British rule. He was also a founding member of the United Gold Coast Convention, the political party that initially spearheaded the surge for independence.

He was born on 17 June 1916 in Adjeikrom, in the Eastern Region of Ghana (then the Gold Coast), to Samuel Adjei who was a farmer and trader, and Mrs. Johanna Okaile Adjei. His early education began in the Eastern Region until he was taken to Accra (the current capital of Ghana), where he continued his education at the Presbyterian Middle and Junior Schools, the Presbyterian Boys’ Boarding School and Accra Academy.

In December, 1936 he was one of the candidates presented by the Accra Academy for the University of Cambridge Senior School Leaving Certificate Examination. Among the candidates presented by Accra Academy who passed the exam, only two obtained exemption from the University of London Matriculation Examination. One of these two students was Ako-Adjei.

“Ghana is our country. We have nowhere to go. This is where God has placed us and the earlier we realized this the better for all of us.”

From June 1937 to December 1938 he was a Second Division Clerk in the Gold Coast Civil Service. He was assigned to assist Harold Cooper, a European Assistant Colonial Secretary, and J. E. S. de Graft-Hayford to organise and establish the Gold Coast Broadcasting Service. These were the beginnings of what is now the Ghana Broadcasting Corporation.

In December 1938 he resigned from the Gold Coast Civil Service to travel to the USA to attend Lincoln University, Pennsylvania. At Lincoln University he was housed at Houston Hall. He registered for courses in Political Science, Economics, Sociology, English, Latin and Philosophy.

Together with a group of students they often had long heated discussions (known as Bull Sessions) about the emancipation of African countries from colonial domination. Among the African students who regularly took part in these discussions were Ako Adjei, Mr. Nkrumah, K. A. B. Jones-Quartey, Ozuomba Mbadiwe, Nwafor Orizu and Mr. Okechukwu Ikejiani.

He was instrumental in introducing Dr. Kwame Nkrumah to the political scene in Ghana and Nkrumah later became the first president of Ghana. However, in 1962 President Nkrumah had him imprisoned.

On the eve of his release from the Nsawam Prison in 1966, Ako-Adjei completely forswore politics. He spent the remainder of his long life in relative obscurity. Ako-Adjei died in Accra on 14 January 2002.